When you lose your job, the shame associated with being fired can often stop you from examining the reason for your dismissal in the first place. Although sexual harassment and racial discrimination are widely recognized as the basis for many wrongful termination cases, there are other unlawful forms of discrimination that may motivate an employer’s behavior as well. While Colorado is an “at-will” employment state, the law still prohibits firing someone based upon protected categories, including

A wrongful termination suit can also arise from retaliation for reporting illegal or unethical activity, whistleblowing, taking FMLA leave, filing a worker’s compensation claim, or refusing to break the law. These surprising examples of recent wrongful termination cases are great illustrations of what this can look like in real life. 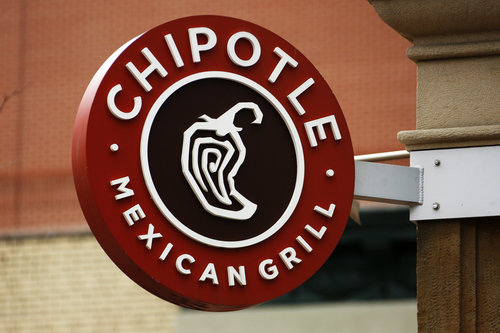 In 2018, a California Superior Court awarded a former Chipotle manager approximately $8 million in a wrongful termination lawsuit that, on its face, appeared to revolve around the theft of $636.

In the case, Chipotle claimed that it fired Jeannette Ortiz because she stole $636 from the local restaurant she managed. During the trial, Chipotle asserted that it had video of the theft, but someone filmed over the footage before the trial. The company also claimed that it threw away all messages, notes, and memos concerning the former manager’s firing. Ms. Ortiz denied stealing any money and argued that the Chipotle really fired her because of her previous workers’ compensation claims and pregnancies.

Ultimately the California court sided with Ms. Ortiz. Under federal law, employees have a right to file for workers’ compensation benefits for on-the-job injuries and, if eligible, to take time off for pregnancies under the Family Medical Leave Act. It is unlawful for an employer to fire a worker in retaliation for exercising their rights under these laws. 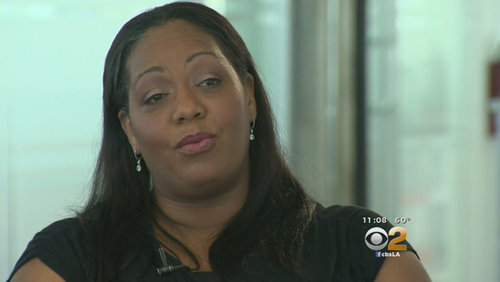 Employee David Nelson had worked for Radio Shack in Denver for 25 years with an exemplary record until 2007, the year he turned 55. That year, he gained a new supervisor who almost immediately cited him with two performance improvement plans, alleging unsatisfactory job performance. Nelson complained to human resources, believing that the supervisor’s complaints were related to his age. Radio Shack fired Nelson within five days of his complaint, even though his “performance improvement plans” called for a reevaluation of his job performance at a later date.

Suspecting retaliation and age discrimination, the EEOC sued Radio Shack. The EEOC took the case to trial and won, with a jury awarding Nelson $187,000 in back pay on his retaliation claim.

Ms. Liggins alleged that the Archdiocese’s real reason for letting her go was because she was unwed and pregnant. Ms. Liggins claimed that a priest at the school told her that her pregnancy would “morally corrupt” students, and she was let go a few months later.

Once again, the court found in favor of the employee. The Pregnancy Discrimination Act forbids discrimination based on pregnancy when it comes to any aspect of employment. Therefore the Archdiocese acted illegally when it fired Ms. Liggins for being unwed and pregnant.

In this case, the U.S. Equal Opportunity Commission (EEOC) sued Honeybaked Ham for its “ham-handed” behavior. The agency took Honeybaked Ham to court for alleged sexual harassment and wrongful termination after complaints about a Colorado regional manager, James Jackman, touching female coworkers and making sexual comments to them. One of the victims, Wendy Cabrera, a supervisor at the company, complained about Jackman’s behavior to her superiors. In response, they fired her. Cabrera complained to the EEOC, who sued the company.

While Honeybaked Ham denied any wrongdoing, they entered into a consent decree with the EEOC. The company also paid $370,000 in damages to Cabrera and Jackman’s other victims.

Susan Hoyt worked for Target in Colorado for more than 13 years in a clerical capacity. During her employment, she received excellent performance reviews until a new supervisor began downgrading her. The dispute leading to the lawsuit arose from a claim for travel time that the supervisor denied Hoyt, allegedly violating store policies. She then filed a claim under the Colorado Wage Claim Act after the store fired her, alleging that she had falsified her timecards to include the denied travel time. A jury agreed with Hoyt that her employer had directed her to perform an illegal act, awarding her $200,000 in compensatory damages and $35,000 in punitive damages for the wrongful discharge in violation of public policy.

This case involved age discrimination and retaliation. Ray Sample was the Sherriff of the city of Sheridan, Colorado, from 1996 to 2008. He then retired from law enforcement and became the city’s Economic Development Director and the Executive Director for the Sheridan Urban Renewal Authority (SRA). In 2009, the interim City Manager, Arthur Kieger, interviewed Sample and the Fire Chief about alleged “problems” with the city’s fire and police pension funds.

A few days later, Sample sent a letter to the mayor alleging that the city’s request for “administrative costs of 25% of salary and benefits for administrative staff was fraudulent, bordered on official misconduct, and unethical.”

The city manager then informed Sample they would hire an outside investigator to look into the history of the pension funds. Sample’s attorney then sent a letter to the city alleging that Kieger “had engaged in a variety of improper actions including but not limited to interfering with fiduciary obligations, age discrimination, and retaliation for whistle blowing.” After this, the city manager hired an outside law firm to investigate the pension funds, which revealed that Kieger’s claims of impropriety were baseless.

Despite this, the city manager put Sample on administrative leave. After a pre-disciplinary hearing conducted by Kieger, he fired Sample, citing violations of rules and ethics related to the police pension fund.

Sample brought suit against the city alleging age discrimination and retaliation, among other legal issues. While the city fought the lawsuit, even bringing an appeal of the court’s denial of the city’s request for summary judgment, they eventually settled with Sample. After that, however, the citizens of Sheridan were so incensed over Sample’s firing that they launched a recall petition and election, recalling Mayor Egan and city council members Vicky Johnson and Aileen Marple.

The new city council reinstated Sample and approved a settlement payment of $33,588 in lost wages and $5,000 in compensatory damages.

Are you wondering whether you were illegally let go from your job? Livelihood Law is here to help. Contact us today so that we can assist you in figuring out your next steps.