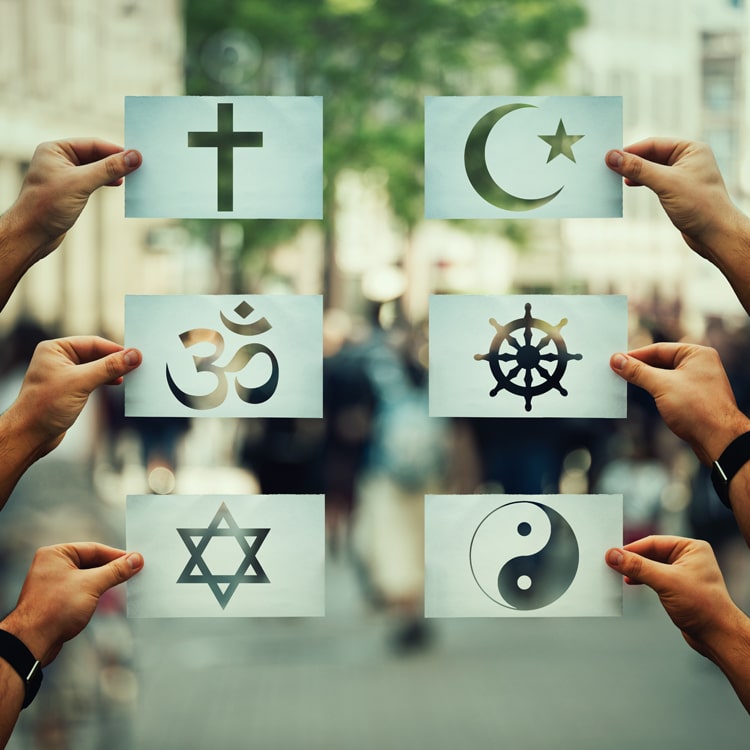 Both Title VII and the Colorado Anti-Discrimination Act (“CADA”) prohibit employers from discriminating against employees based on their religion, or lack thereof. Together these statutes stop Colorado employers from basing employment decisions such as hiring, firing, pay, and any other term or condition of employment on a worker’s religious beliefs. These laws also prohibit employers from segregating workers based on faith and require that they reasonably accommodate an employee’s spiritual practices.

Some common types of religion-based discriminatory practices in the workplace include:

What Qualifies As Religion Under The Law?

Colorado courts interpret the term “religion” to include all aspects of religious observances, practices, and beliefs as well as moral or ethical beliefs as to what is right and wrong that any employee sincerely holds. Accordingly, CADA covers all major religions such as Christianity, Islam, and Judaism, along with any obscure faiths and those that consider themselves to be atheists.

What Employers Do The Laws Apply To?

Title VII applies to all employers with 15 or more employees. In contrast, CADA applies to all employers regardless of size. As an exception to the overarching anti-discrimination rules, CADA does not apply to religious organizations or associations, and lets religious organizations give hiring preference to members of their faith for roles that include performing religious activities. Additionally, the law generally prohibits clergy members from bringing religious discrimination claims.

What Is A Reasonable, Religious Accommodation?

What To Do If You Experience Religious Discrimination At Your Job?

If you are facing discrimination at work because of your faith, the time to act is now. Report each incident of discrimination to your employer and document every event for your records as well.

It’s also essential that you consult with an experienced anti-discrimination attorney like the lawyers at Livelihood Law as soon as possible. An experienced lawyer will help you fight back and get the results you deserve.